Est. 1971, Duston’s Market, Bakery & Deli has become a staple within the Seacoast known for its fantastic food and friendly faces. Many locals visit three times a day grabbing their breakfast, lunch and dinner, while other customers make weekly trips from as far as northern Maine, Western Vermont and the South Shore of Massachusetts to buy everything from chicken tenders to chicken salad!  The whoopie pies are made from scratch daily and are so famous they’ve been shipped all over the world – from San Francisco to Sydney, Detroit to Denmark!

Bob Duston opened the store when he was just 22 years old and after 47 years in business, he can still be found making sandwiches, baking pies in the days leading up to Thanksgiving, or cashing out customers with his signature smile!  Business was really good in the 70’s and a “regulah” (defined as a loyal customer that comes in daily) told Bob that the City of Dover was about to build an ice arena and Olympic-sized swimming pool on Portland Ave. The next day, Bob bought the two properties directly across the street from the proposed project and moved Duston’s, a decision that catapulted Duston’s business!

While it may have started out as a small “Mom & Pop” store on Broadway, Duston’s has grown organically over four decades and now employs nearly forty wonderful people and serves hundreds of  thousands of loyal customers each year.  Whether you’re looking for a morning cup of “Jamaican Me Crazy” coffee and the Wall Street Journal, a freshly baked cinnamon coffee roll or blueberry muffin, hot and crispy fried chicken or the infamous “Goodfella” sub, any number of wraps and specialty salads, freshly sliced Boar’s Head meats and cheeses, homemade meals and deserts, hard-to-find beer and wine, a Disney-inspired birthday cake, or the wedding cake of your dreams, Duston’s truly has it all! 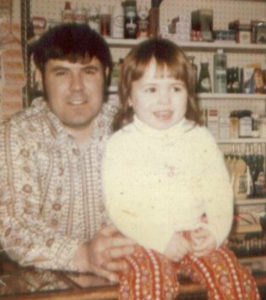